Share a memory
Obituary & Services
Tribute Wall
Read more about the life story of Bernice and share your memory.

Bernice lived an active life, all her life. As teens, Bernice and her sister, Marion would spend their summers working at Camp Brighton Rock located on Broadstreet Hollow, Shandaken NY. Here they served as camp counselor and camp nurse respectively. Her love of the outdoors and her familiarity with the area would later in life inform her wish to buy property in Phoenicia. Bernice would also purchase properties in Martha’s Vineyard, Mass. and in the historic Parkchester Condominiums in the Bronx, New York.

A graduate of Hunter High School, Bernice was a gifted student, graduating at just 16 years old. Bernice joined the United States Army Signal Corp. in 1939 where she was trained to make radios and other electronic communication components in support of the war effort.  During her tenure, Bernice found herself stationed in Tuskegee Alabama where she would meet Thomas Phifer, a Tuskegee cadet who would later have the honor of being her husband.

Bernice worked as a bank investigator for CitiBank Corporate in New York City for 28 years until her retirement in 1984. She was highly regarded for her financial acuity and mentoring abilities.

Bernice was a survivor; she faced a number of health challenges including most recently lyme disease. And always showed great courage and humor. She enjoyed international travel, especially by cruise ship, photography, fishing and dancercise. Bernice was a novice skier and an avid collector of National Geographic and astronomy magazines so that her family could witness the world and beyond. Bernice always took great joy in looking her best!

She was a lifelong devoted member of her church, the Church of the Crucifixion in Harlem, NY which was founded by her paternal great grandfather.  Bernice was a talented singer and member of the church choir. She was a member of the church’s Women’s Group which organized all fundraising activities in support of the church. But clearly, her family was her greatest joy.

Bernice leaves to celebrate her homecoming, three devoted sons Sherwood, Alan and Gary Phifer her daughter in-laws, Tina Phifer and Kristen Phifer; her grandchildren: Jessica, Brandon, Zulay, Sherwood, Matthew, Shawn and Jesse and eight great grandchildren. As well as a host of beloved nieces and nephews. She leaves behind so many devoted and special friends including : Fran Braun, Ronald and Melissa Habowski, and Doris Thomas.

Bernice is predeceased by her husband Thomas Phifer and her second husband, Egbert McPherson, her mother, father, her sister Marion and far too many friends and relatives.

Memorial arrangements are under the guidance of the E. B. Gormley Funeral Home 87 Main St. Phoenicia.  You may share a special memory, photo, or condolence with the family on Bernice's Tribute Wall at www.gormleyfuneralhom.com

A Memorial Service to Celebrate the Life of Bernice will be announced.

To send flowers to the family or plant a tree in memory of Bernice McPherson, please visit our floral store. 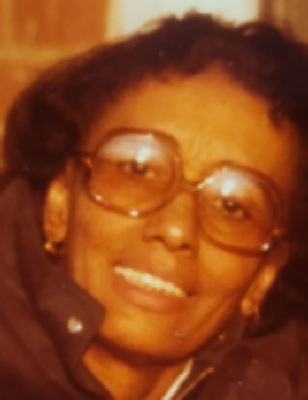 Family and friends are coming together online to create a special keepsake. Every memory left on the online obituary will be automatically included in the book.

You can still show your support by sending flowers directly to the family, or by planting a memorial tree in the memory of Bernice McPherson
SHARE OBITUARY
© 2023 E. B. Gormley Funeral Home. All Rights Reserved. Funeral Home website by CFS & TA | Terms of Use | Privacy Policy | Accessibility