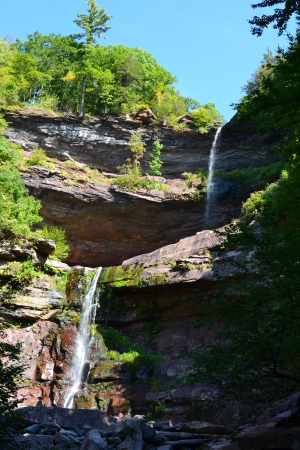 Paul Benedict, usually referred to as Bene by his friends, passed away at the age of 66 at Vassar Hospital from complications due to the coronavirus on Thursday, April 9, 2020. Paul resided in Kingston, NY prior to his admission to Ferncliff Nursing Home in Rhinebeck, NY.
Paul was born on July 24, 1953 in Syracuse, NY to George and Laura Benedict. He is survived by his sister, Jean Johnson, of Shokan, NY, his nieces, Elizabeth and Christina Johnson, twelve cousins, and his good friends Jay McGloughlin, Bob Kowalski, Mark Johnson, and Ashley Lepak.
Predeceased are his little sister, Lois Marie, his wife Diana Noxon, his cousin Bill Barr, and his good friend Billy Costello.
Due to current circumstances there will be no services at this time. He will be interred in the Allaben cemetery.
If there is one word that would best describe Paul it would be “sports.” In his youth he was a skier, swimmer, runner, hiker, and boxer. He enjoyed writing articles about sports which were published in local newspapers, and he especially enjoyed his trips to White Plains with Billy Costello where he would watch Billy box. It seemed that no matter what he was doing sports was always on his mind. He had an encyclopedic memory for the minutest facts about the sports he loved. I’m sure that when, as an altar boy, he stepped on the priest’s robe and forgot to stop ringing the bells that he was dreaming about sports, and he certainly didn’t have his mind on social studies when, as he was enjoying a boxing magazine which was tucked inside his textbook, his teacher pointed out that his textbook was upside down.
Paul was a compassionate person. Many times I’d hear him saying that he was worried about someone else’s welfare.
He also had a great sense of humor. He would constantly make up stories which would have everyone sitting on the edge of their chairs only to admit later that they were not true. I remember a time when he entertained his little nieces with his humor. He was petting their guinea pig and exclaimed with feigned surprise, “Oh, I thought that was the head!”
As a big brother he was the best that a little sister could wish for. I remember his outstretched arms that caught me as I fell from a tree I was climbing and the time he allowed me to climb on his back when I was frightened by vicious dogs. Whenever I was upset about something he’d say “come on punk,” and we’d go for a walk down our long country roads. He’d give me what he used to call a “pep talk,” and he’d make sure I was happy by the time we returned to the house.
Paul was tough. Life threw him a lot of “punches,” but he took them like a true boxer and sportsman. We’ll all miss him, but we know that he’s in a better place now.

In the interest of public safety and due to NYS mandates, a private graveside interment at the St. Francis de Sales Cemetery Rt. 28 Shandaken.  Please share a special memory on Paul's Memorial Page at www.gormleyfuneralhome.com   Funeral arrangements are under the direction of the E. B. Gormley Funeral Home 87 Main St. Phoenicia.

To send flowers to the family or plant a tree in memory of Paul Benedict, please visit our floral store.